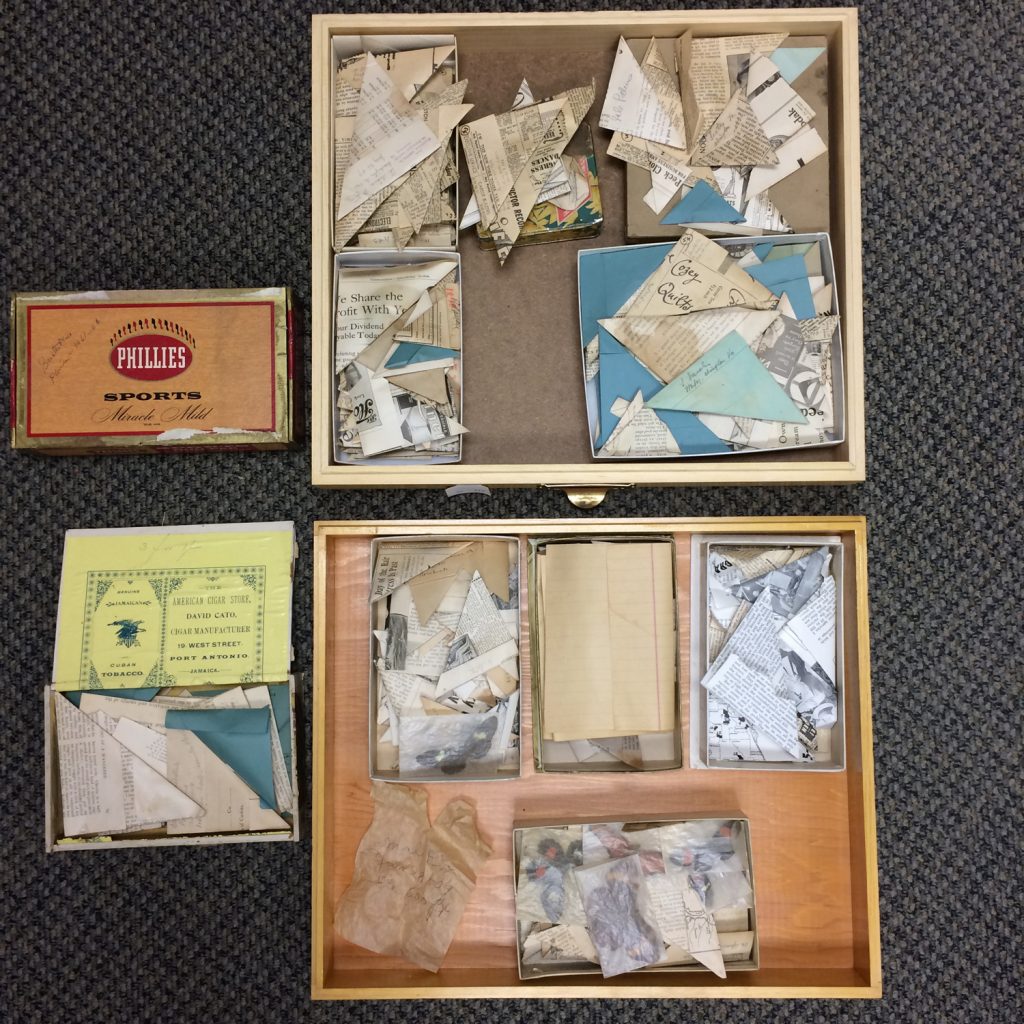 Did you know that the first football coach of Virginia Tech, Professor Ellison Smyth, was also a butterfly collector? In fact, Professor Smyth was also one of the first instructors in Biological Sciences, and later the first dean of the faculty at Virginia Tech (1902-06).

Professor Smyth grew up in Charleston, South Carolina, where as a boy enjoyed being outdoors collecting butterflies and birds. As a 10 year old, he amassed a collection of birds, butterflies and other insects. The collector’s bug (so to speak) had already taken hold, and he was hooked on natural history. After completing an undergraduate degree, he enrolled in law school at the University of Virginia. Smyth was hired as a clerk at a law firm in Charleston, South Carolina, and later as a partner. However, he admitted that pursuing law was only to satisfy his folks and later quit the firm to pursue biology completely. The lifelong love of biology and natural history was too strong to ignore! Smyth was hired as an adjunct professor at the University of South Carolina and then a professor of biology at Virginia Tech where he taught until 1925. (From the UNC Herbarium, which holds some plant specimens collected by Smyth in the late 1800s.)

I recently found some of Professor Smyth’s butterfly specimens stuffed away in an old drawer in the Virginia Tech Insect Collection. These are commonly known as “papered” specimens. Within each folded paper triangle is a single butterfly or other large winged insect (e.g., dragonfly or katydid) that was placed directly into the paper once collected. The paper helps keep the wings in good shape for pinning and spreading the specimen later on. Because many of the triangles were made from newspapers, there are some classic old-timey ads on some of them! 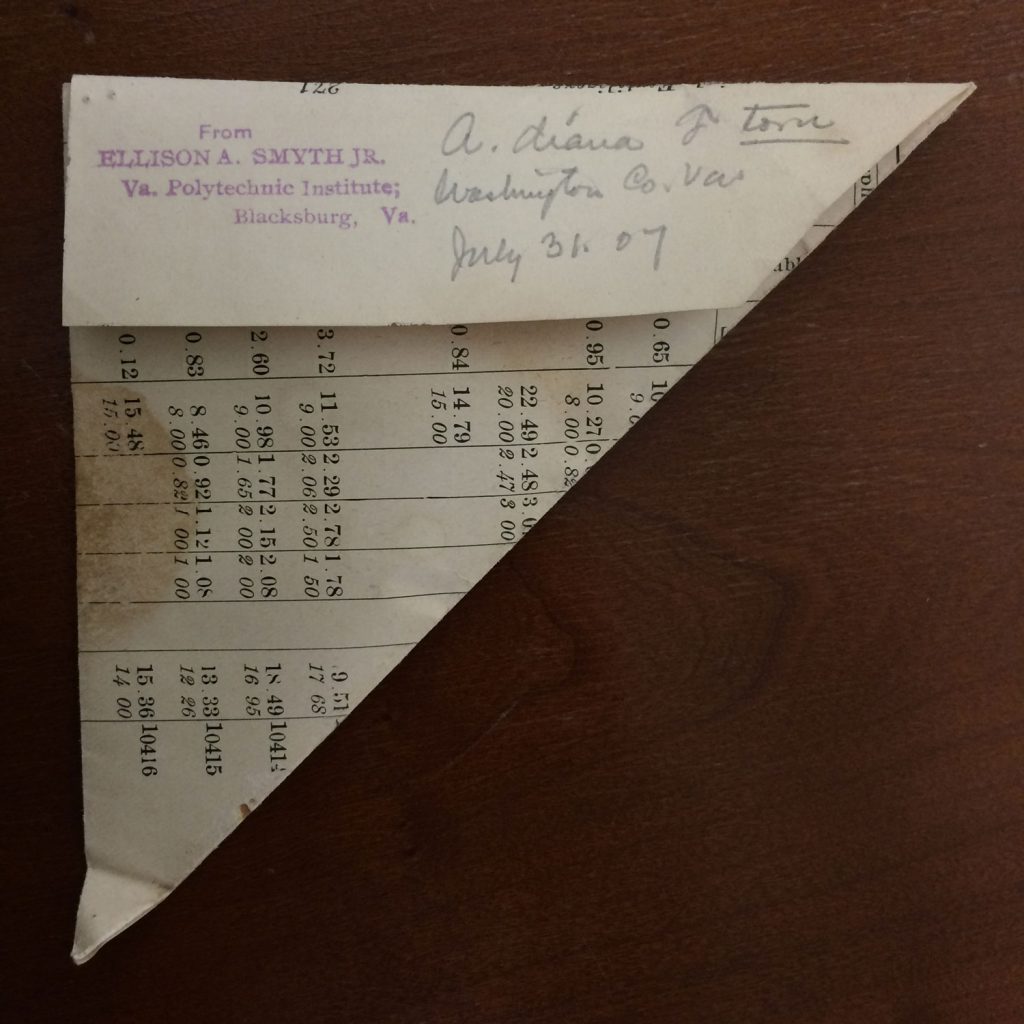 I’ve peeked in a few of the paper envelopes and there are some spectacular butterflies that await preparation. While mostly local Appalachian species, for example the rare Diana fritillary (above), there are a number of exotic butterflies that Smyth collected in Africa and traded with colleagues. I am now carefully pinning and spreading Professor Smyth’s collection, and will share the discoveries that I find in a following post.

This entry was posted in Uncategorized and tagged butterfly, collection, curation, natural history. Bookmark the permalink.